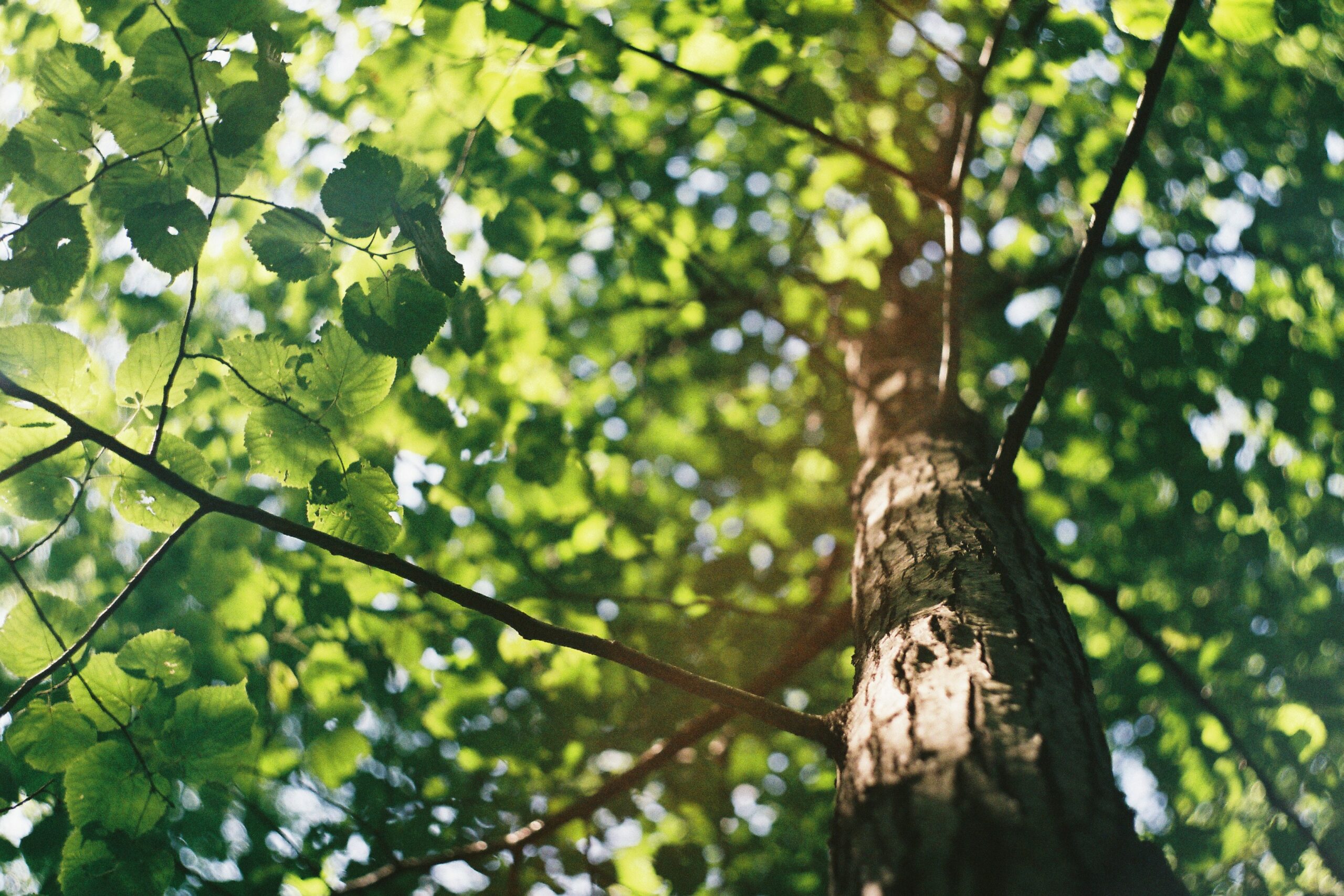 Why Georgia? Why Employee Ownership?

By any measure, Georgia is a great state to do business in. The economic development publication Site Selection has ranked Georgia the #1 state to do business in for six years running. Atlanta hosts the headquarters of 26 businesses in the Fortune 1000, placing it third in the nation after New York and Houston. For the last several years, Georgia’s economic and personal income growth have been well ahead of the US average.

Georgia also hosts its share of thriving employee-owned businesses. Three of the best-known and most highly regarded corporations in the state, Coca-Cola, The Home Depot, and Georgia Power offer employee stock ownership plans in addition to their 401(k)s. While not headquartered in Georgia, Publix, the largest company in the US to be majority owned by its employees, has a strong presence here. All in all, there are over 150 employee-owned companies in state - close to the average for the US.

The United States is a country with an aging population, and Georgia, though a state that is younger than average, is no different. The country as a whole is facing a Silver Tsunami, and over the next decade it is likely that over 2.3 million business owners will retire, leading to over $10 trillion worth of businesses changing hands.

Georgia will be no exception. According to the research and advocacy organization Project Equity, Georgia has over 67,000 companies that are currently owned by baby boomers. These companies employ over 685,000 people, with a collective payroll over $25 billion, and see combined sales over $148 billion. 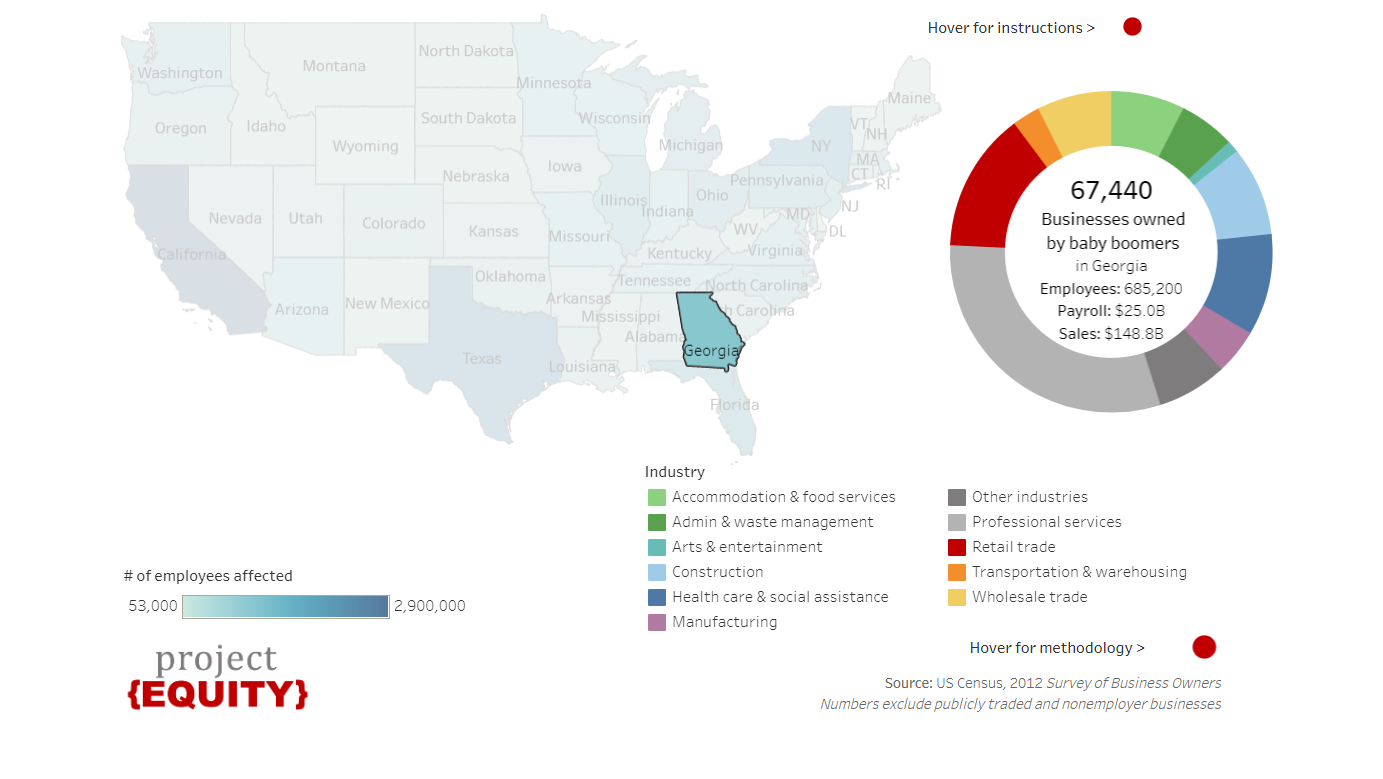 When the owners retire, what will happen with these companies? Presumably, many will stay in the family. Others may be sold to competitors or to private equity. Still others may not be able to find a buyer, and will be dissolved.

If you’re reading this: are you one of these business owners, or do you know one of them? Do you know what will happen with that business?

Our organization exists because we believe that many of these businesses could be great candidates for employee ownership, and we want them to know about it as an option. It’s certainly not the only option, but it’s one that:

Keeps the business in the place it was created

Creates a real legacy for the community

We believe Georgia can be one of the leading states for employee ownership. It’s the right solution at the right time in our state’s history. 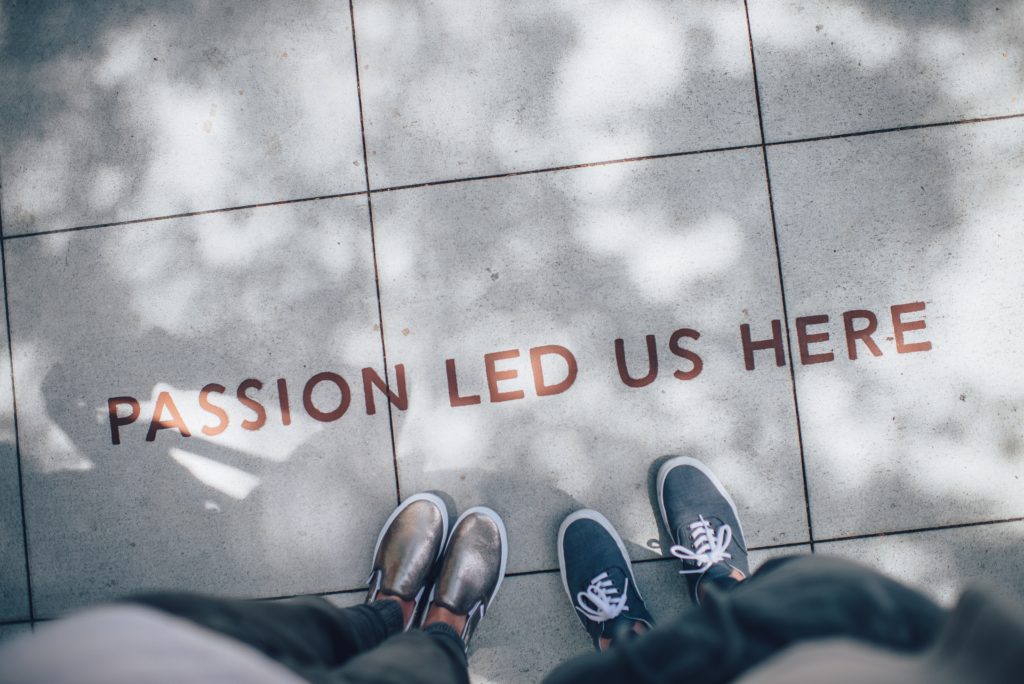 Mike has been working at Essential Ingredients, Inc. for more than 16 years leading the technical support group.  Essential Ingredients is a nationwide chemical distributor headquartered in Lawrenceville, Georgia primarily dealing with the personal care and household, Industrial & Institutional markets.  In 2011 Essential Ingredients became a 100% employee-owned through an ESOP. Mike was asked to be part of the charter Employee Benefits Committee (EBC). Through this committee Mike came in contact with the employee

Tom Strong is an independent workforce development consultant, as well as a contract coach with the Great Game of Business®, one of the leading companies teaching the practice of open-book management. Tom previously worked for nearly a decade at The Hitachi Foundation, a DC-based philanthropy dedicated to the idea that businesses can create better jobs for low-income people without sacrificing performance.

Steve Storkan is the Executive Director of the Employee Ownership Expansion Network (EOX). Steve has been involved with employee stock ownership plans for over 25 years, most recently as the Director of ESOP Administration for Alerus Retirement and Benefits where he worked closely with businesses in the creation of an ESOP and the technical administration and compliance required in subsequent years. Steve spent 11 years as a member of the Board of Directors of the Minnesota-Dakotas Chapter of the ESOP Association where also served as Chapter President and VP of Government Relations. Steve holds a Certified Financial Planner (CFP®) designation from the University of Minnesota State Mankato.

In her role as the Launch Manager for the Georgia Center for Employee Ownership (GACEO), Marie Davis is responsible for establishing the network of partners and delivery of programming necessary for the GACEO to carry out its mission of the creation of new employee-owned companies throughout all of Georgia by providing unbiased education, outreach, and technical assistance on all forms of employee ownership. In addition to her passion for employee ownership, Marie is also passionate about providing opportunities for all children through mentoring programs. Using her degree in Social Work from the University of Georgia, Marie has spent many years in different roles in the mentoring filed including the Director of Mentoring for Center Point, a non-profit in Hall County Georgia and a Technical Assistant for mentoring.org, the National MENTOR program. Marie is a lifelong Georgia native – Go Dawgs!

Have a question?
We are happy to answer any questions about employee ownership that you don't find answers to on our website!