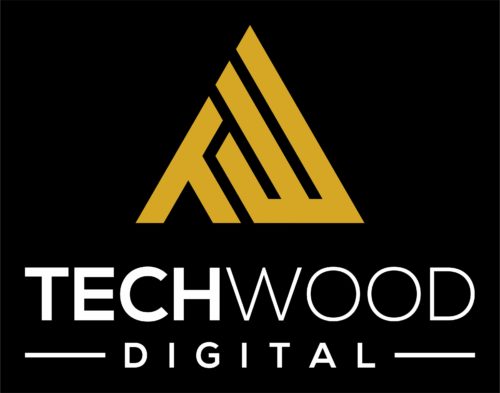 “Most startups are told they must either be a unicorn or a donkey –  unbridled growth or stagnation, there’s no in-between. With our ESOP, it is not a binary path, we can be a horse!” – Chad Crowe, CEO, Techwood Digital

Techwood Digital is a digital marketing firm and SEO (Search Engine Optimization) consulting company. Founded in 2008 and ran by Jack Ogilvie and Chad Crowe, it is headquartered in Atlanta, GA with additional offices in New York City and Washington, DC. In Techwood’s decade-plus of operations, it’s grown steadily to 20 employees and $3.3 million in annual revenues.

At the time of its founding, most SEO companies were focused on “beating” Google’s algorithm to achieve a one-time boost to their client’s search results. These were rarely sustainable, however, and Techwood took a different path from the outset. Techwood instead partnered with clients to help ensure their brand got in front of the best, most relevant traffic instead of the most traffic. That ethical, user-centered approach proved itself many times over, and the company has developed a strong client portfolio.

In the summer of 2018, Jack, the majority owner, was looking to divest some of his shares, so he could diversify  and invest in new ventures. He quickly started getting outside offers for his shares, but was wary of leaving the company’s employees in a bad position. Techwood had established itself as an employer of choice, both because he and Chad saw it as the right thing to do, but also because employee retention is a critical variable in their industry. “This is a recurring revenue business,” said Chad. “Keeping our clients happy is the number one thing, and for that, we need to have happy employees who want to stay with us for the long haul.” Both owners were concerned that a private equity purchase could lead to people feeling devalued and water down the culture they had worked hard to nurture.

He and Chad learned about ESOPs as an exit strategy from an industry group they were part of. They were instantly drawn to the idea and began exploring how they could make the transition. Techwood was on the small side for an ESOP transaction, but the company’s balance sheet was in great shape and their valuation was strong. They completed the transition smoothly, and established their ESOP in November 2018. Jack remains a shareholder through some warrants the company set up, but the company was now 100% employee-owned.

“For us,” Chad said, “this wasn’t about retirement. Jack was just wanting moving to invest in new ventures, and that’s something I might do in the future as well. I’m still just 35! Rather it was about our ability to work independently and not be handcuffed to a venture capitalist or private equity firm, stressing us out and telling us how to do our work. Most tech startups today are told they must either be a unicorn or a donkey – there’s no in-between. With our ESOP, it is not a binary path, we can be a horse!”

While become an ESOP didn’t dramatically change Techwood’s operations, it did open up some new ways of working together. For instance, Chad relayed a story from a few months ago, when he was feeling concerned about some growth in a few the expense lines. Rather than command employees to make cuts to certain areas, he invited the whole team into his office to review the numbers, and asked them to help him figure out where there right opportunities were to control expenses. “That one day,” he said, “we managed to save $10,000.”

At the end of the day, though, both Chad and Jack now see the ESOP as a way to reduce the risks for employees compared to trying to sell it to an outside investor. “In the typical startup tech story, we hire people we believe in and think will be good, and offer them equity that really isn’t worth anything unless we sell someday,” he said. “But if you really care for these people why bring them on if the only way to get a great deal is to sell the company and maybe not be such a great place to work anymore? This way, with the ESOP, we all build it, we all share it. If we sell it in the end, great, we’re all going to make out awesome. But if we don’t sell it – hey, we still make out awesome!”

“There are people in our organization,” he continued, “they’re 25, 28 years old and they understand what we’re doing. That this is not just cashing a check, but a way of building wealth for all of us over the long haul. And even for those who don’t get it – we still have above average pay, great benefits, etc. So hopefully everyone knows they’re valued.”

“As for me personally,” says Chad, “it’s still insanely beneficial. I’m going to be more than adequately compensated for the efforts I put in. I’m an entrepreneur at heart, I love Techwood and we’re going to do great things. And one of the key things I’ve learned is that this is just the beginning. Employee ownership isn’t just for baby boomers. Over my career, I could start 3-4 ESOP companies and have stakes in all of them. I could also stay and grow this one, I don’t have to build something else. There’s so many options.”

Have a question?
We are happy to answer any questions about employee ownership that you don't find answers to on our website!