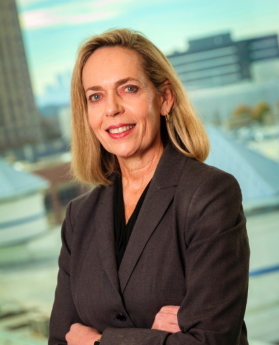 First off, tell us about how you got started with Windham Brannon, and how the Employee Stock Ownership Plan (ESOP) work began there:

I joined the firm about 14 years ago as senior manager in the Assurance area and worked on my first ESOP a few years after joining. I was then promoted to Principal. Windham Brannon had done some prior ESOP engagements, but the practice began to expand and grow in 2010 with the economic recovery. From there, it became a sizeable practice, and is now a formal business division and is featured on our website. We have well over 20 clients in the ESOP division at present and provide consulting for many others.

What do companies need to be aware of from an accounting standpoint if they want to become employee owned?

There are unique rules that are associated with the accounting for ESOP companies, and because they are monitored by the Department of Labor it is important to be in compliance with those rules with respect to their ESOP plan as well as for appropriate financial statement presentation. There are different types of ESOP transactions, but most are leveraged, which means the company’s stock is purchased through a loan either from a bank or the selling shareholder(s) or a combination.

First, ESOPs are required to have an annual valuation, preferably by a reputable, third-party provider familiar with the unique aspects of ESOPs. The valuation is how you establish the value of the ESOP’s stock, which not only is reflected in the ESOP’s financial statements and the statements provided to participants, but it also impacts the company’s financial statements.   To perform their duties, the valuation firm is going to make use of your company’s financials as part of the routine of determining that value, and they have to be able to rely on those underlying financial numbers. So oftentimes, they are going to want some assurance, usually in the form of an audit or a review. Some will accept compilations, but most will want one of the former two. Furthermore, if you funded the transaction through a bank or another outside entity, they are going to have their own requirements of the financials, and may want to see a review or audit as well.

Second, there are unique aspects of the ESOP transaction, and management of the ESOP later on, that need to be accurately reported in the Company’s financial statements. For instance: the mechanics of releasing the ESOP shares to individual employee-owners is generally set up around an internal loan between the company and the ESOP, and that internal loan is generally reflected within the company’s financial statement equity section, as a “contra-equity account”, called Unearned ESOP Shares. This line item is initially created when the ESOP transaction is completed, and there is the creation of this internal loan between the ESOP plan itself and the company. This is just one way to do it, but it is a common way these are set up.

So, the accounting around that can be rather complex. Beyond the contra-equity account, you also have what’s called a “repurchase obligation”, which refers to the fact that as individual employees leave the company or retire, the ESOP must buy their allocated shares – i.e. repurchase their shares. That can be complex also. So being aware and cognizant of those rules, and how those should be presented in your financial statements, is critical because the users of the company’s financial statements are generally the external lenders as well as your valuation company.

What kind of risks do small business owners need to consider from an accounting standpoint when they consider forming an ESOP?

One thing you need to be aware of is the creation of the contra-equity account which, for most financial statements, results in a negative equity position. If you have external financing to begin with, you certainly want a bank who is going to understand this kind of structure and who is on board with what that means and how it changes over time.

When in the process of becoming employee-owned should an entrepreneur consider going to an accounting firm like Windham Brannon?

Fairly early in the process, before you actually enter into that transaction. A knowledgeable accounting  firm can help you understand the ramifications, and the impact it is going to have on your financials. And certainly, the tax planning implications as well. Because the transaction is generally driven for the selling owners, as an exit strategy, then the impact on those individuals from a tax standpoint is critical. But on the flip side, we all know the best ESOP companies are those where the employees understand how they are going to benefit from this plan and understand the full ramifications of being ESOP owners.  It is a win-win when both of these are met.

How is tax planning different under an ESOP structure?

From a tax-planning perspective, if you become 100% ESOP owned you will generally also want to convert to become an S corporation. The reason for this is that under federal law, whatever portion of an S-Corp that is owned by an ESOP is not taxed by the federal government. So, an S-Corp that is 100% owned by an ESOP pays no corporate federal income tax and often no state income tax. That’s obviously a huge benefit, one of the things that makes ESOPs work so well, and it simplifies tax planning as S-corporations are pass-through entities.

Before that point, though, there is a lot of planning with the selling owners, and how that transaction is going to be structured. If you only sell a portion of your company to the ESOP, say 30%, and 70% is still owned by the original shareholders, there’s going to be a good bit of tax planning, because you’re still planning for that individual(s) in addition to the ESOP component. Also, how the plan is impacted by such things as distributions and the plan participants receiving those distributions as well as the 70% owner. So, it gets very complex in terms of tax planning if it’s a partially owned S-Corp ESOP.

What is the deal with audits once you become an ESOP? How can an outside accountant help with that process?

So, with respect to employee ownership, there’s two types of audits.  There’s the plan audit, which is required by the Department of Labor if there are over 100 participants at the beginning of the year. This regulation is intended to help ensure that the ESOP is creating value for the workers in the company and is something that is very important to be attentive to in employee-owned companies of that size. The audit is uploaded along with the 5500 in the annual filing for the plan.

There’s the corporate level audit, and the question there is who are the users requiring it? As I discussed before, is the bank requiring it, is the valuation firm requiring it? An outside firm with expertise in employee ownership can help your internal accountants understand what these users require and how to avoid pitfalls.

The internal accountant is who we directly work with, either on a consulting basis, or as auditors, or accountants performing a review. We can provide assistance from an accounting standpoint, field questions from them, particularly on the initial stages on how they need to record the transactions associated with the ESOP .

We also provide advisory services – usually, this takes the form of being called in by other ESOP partners, such as a law firm or a valuation firm, to advise entrepreneurs considering employee ownership about things like tax impact, audits, and what kind of structures to consider.  We work in tandem with other providers who help design new plans. We are not attorneys, so we’re not doing any of the legal documents or anything like this. We view ourselves as part of a team, no matter who else are the professionals as part of the process, just helping it to be a more well-rounded, informational session, both on the front-end and going forward.

We are delighted to announce that Christina Cummings has joined the GACEO Board of Directors. Christina is a solution-driven leader and entrepreneur with over 20 years of experience across multiple professional sectors. Her professional experience includes extensive work with the City of Atlanta and more recently the City of South Fulton. She is well versed […]

Tennessee based, employee-owned company Premier System Integrators acquires FeedForward in Georgia, keeping employee jobs in Georgia and making all employees Employee Owners. Great to see how #employeeownership can benefit employees before and after #acquisitions! https://www.nashvillepost.com/business/manufacturing/article/21126708/manufacturing-automationit-venture-buys-georgia-peer

By Steve Storkan
Have a question?
We are happy to answer any questions about employee ownership that you don't find answers to on our website!